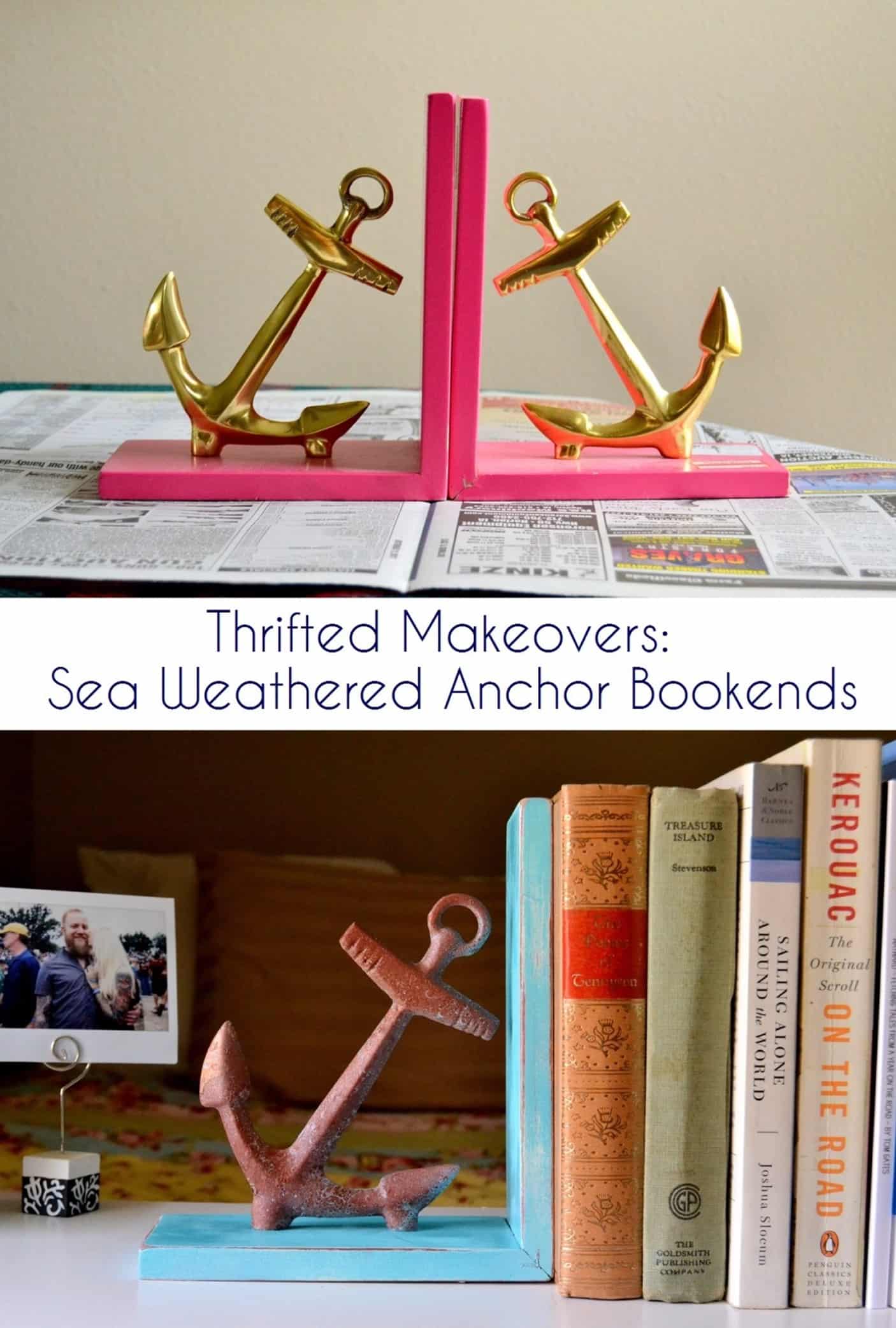 I’m a sucker for all things nautical and sea related so when I found these slightly tacky HOT PINK and gold anchor bookends at Goodwill, I had to pick them up. I knew that I could easily paint them, but I also wanted to add some texture to the anchors themselves. I loved going to the ocean and looking at sea weathered wood, metal, and rocks and wanted to recreate that same look. I tried several different methods with no luck, but finally found an easy (and quick) way to get that sea weathered texture. And for those of you that mostly just follow me because of my ridiculously cute and chunky cat, Punk, she makes a few photo bomb appearances in the end..

My first order of business with these bookends was to take them apart to paint. I peeled off the felt from the bottom and then went about unscrewing the anchors. This proved to be more difficult then I intended because some of the screws were stripped and I couldn’t get them out. I finally just had to rip one out and face the fact that I would be gluing these back on. After that I started on the anchors. 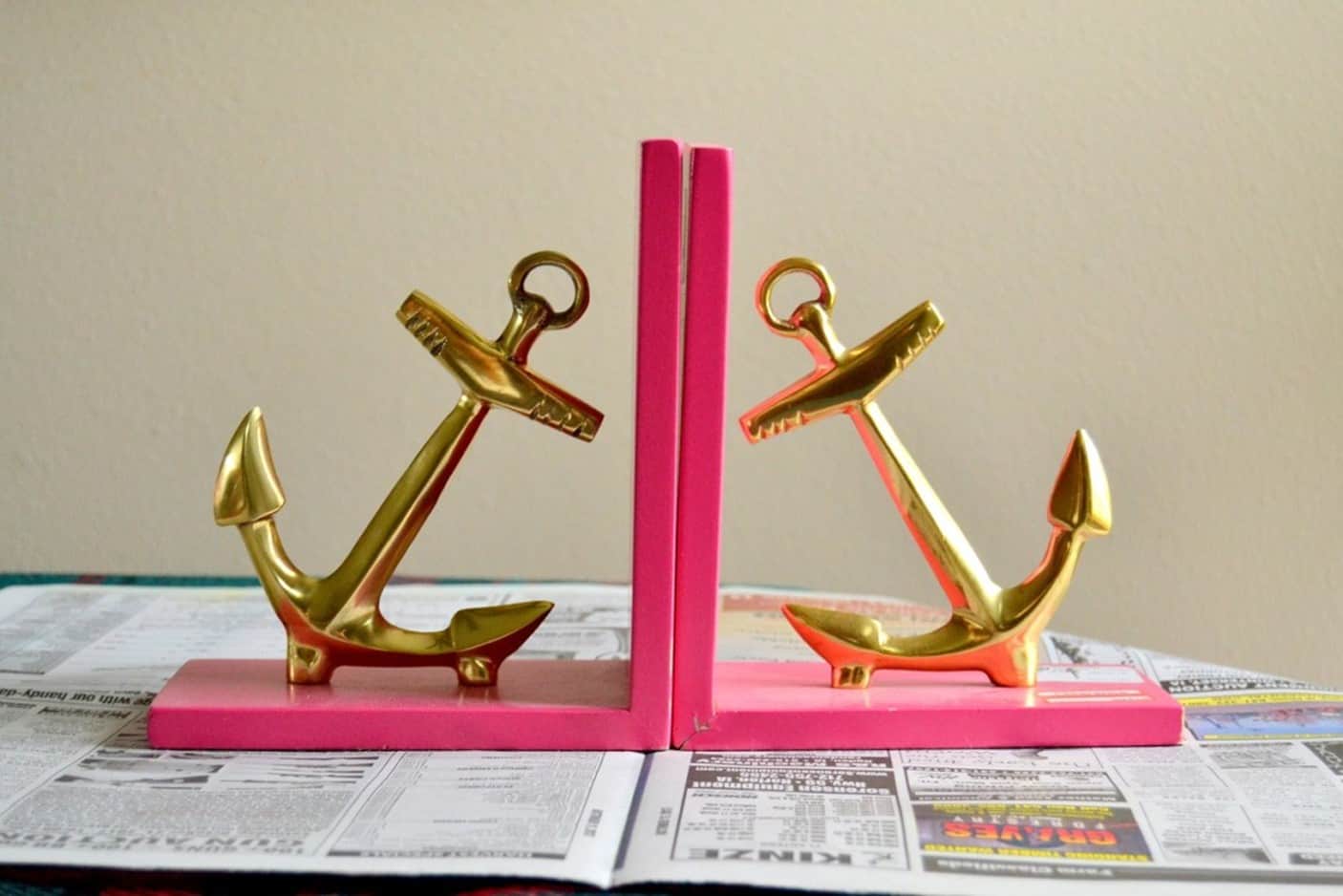 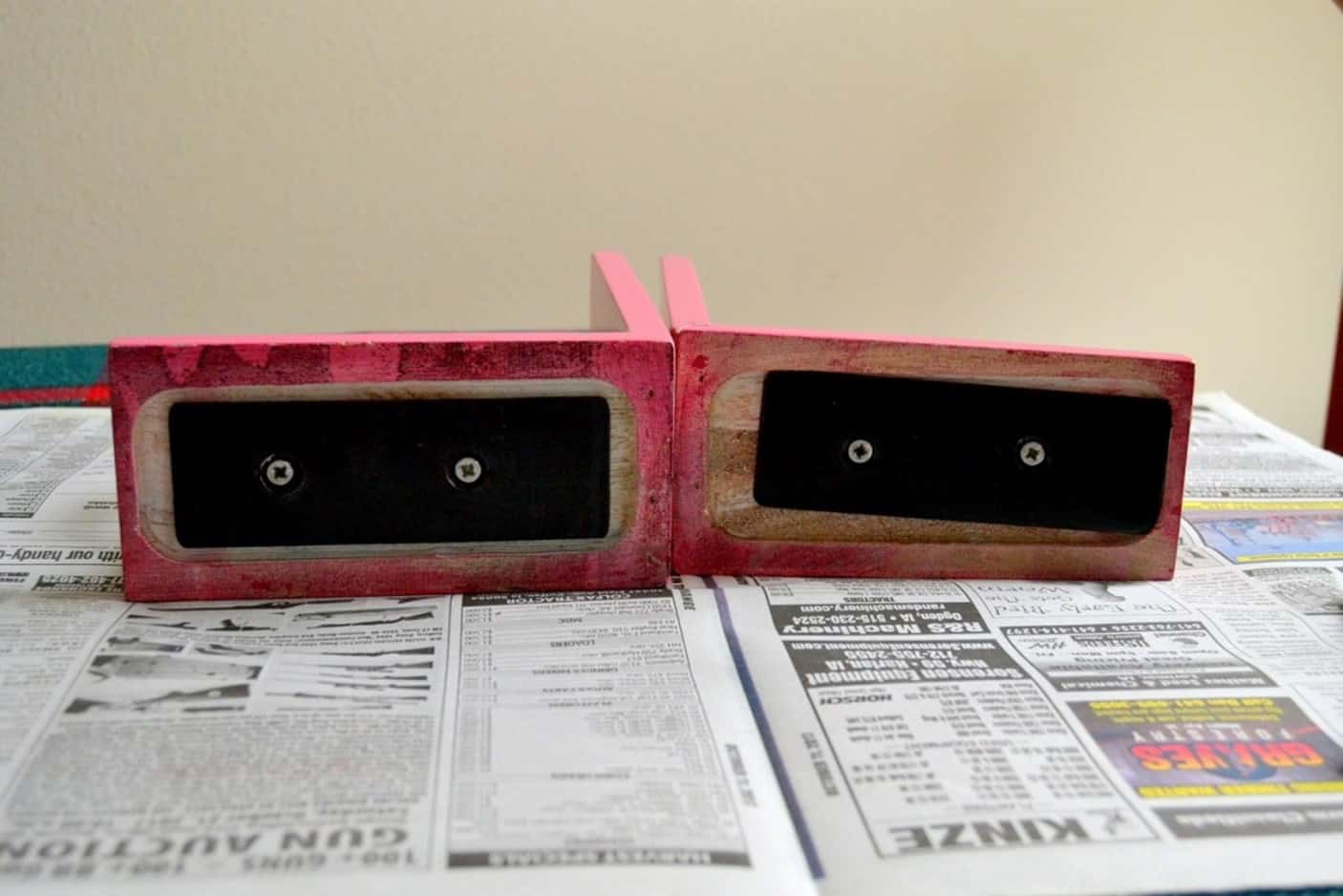 I found several ways to age metal online, most of which involving an apple cider vinegar and salt solution and letting the metal soak overnight… That didn’t work at all so then I tried scratching the metal up with steel wool and sandpaper. This was awful! Like nails on a chalkboard awful and I found myself grinding my teeth while trying to get through the process. I finally resolved to painting them and decided to add an element from the sea as well.. salt water!

I started with a rust colored primer and copper colored spray paint. I then layered a light blue (Blue Ocean Breeze by Krylon) and spritzed it with salt water. I lightly sprayed more of the rust primer, spritzed with more salt water, and continued until I got the effect I wanted. 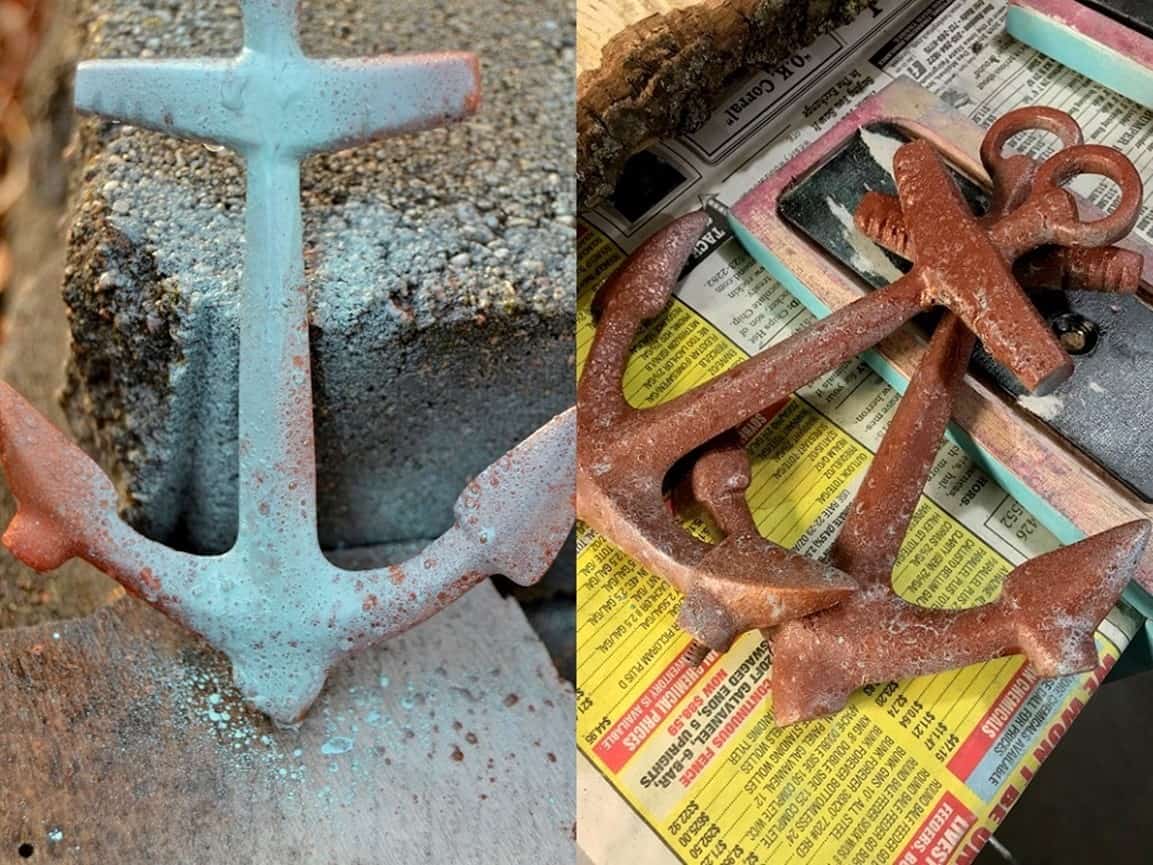 For the bookends I knew it would be too time consuming to sand them completely down so I just sanded the edges and corners where I would be distressing it anyway. I coated them with a layer of rust colored primer and then once they were dry, a layer of white paint. After that I alternated using Blue Ocean Breeze and Seaside by Rust-Oleum (both appropriately named for the project) to create a blended color of the two together. After they dried I sanded the edges, corners and a few sides for a distressed effect. 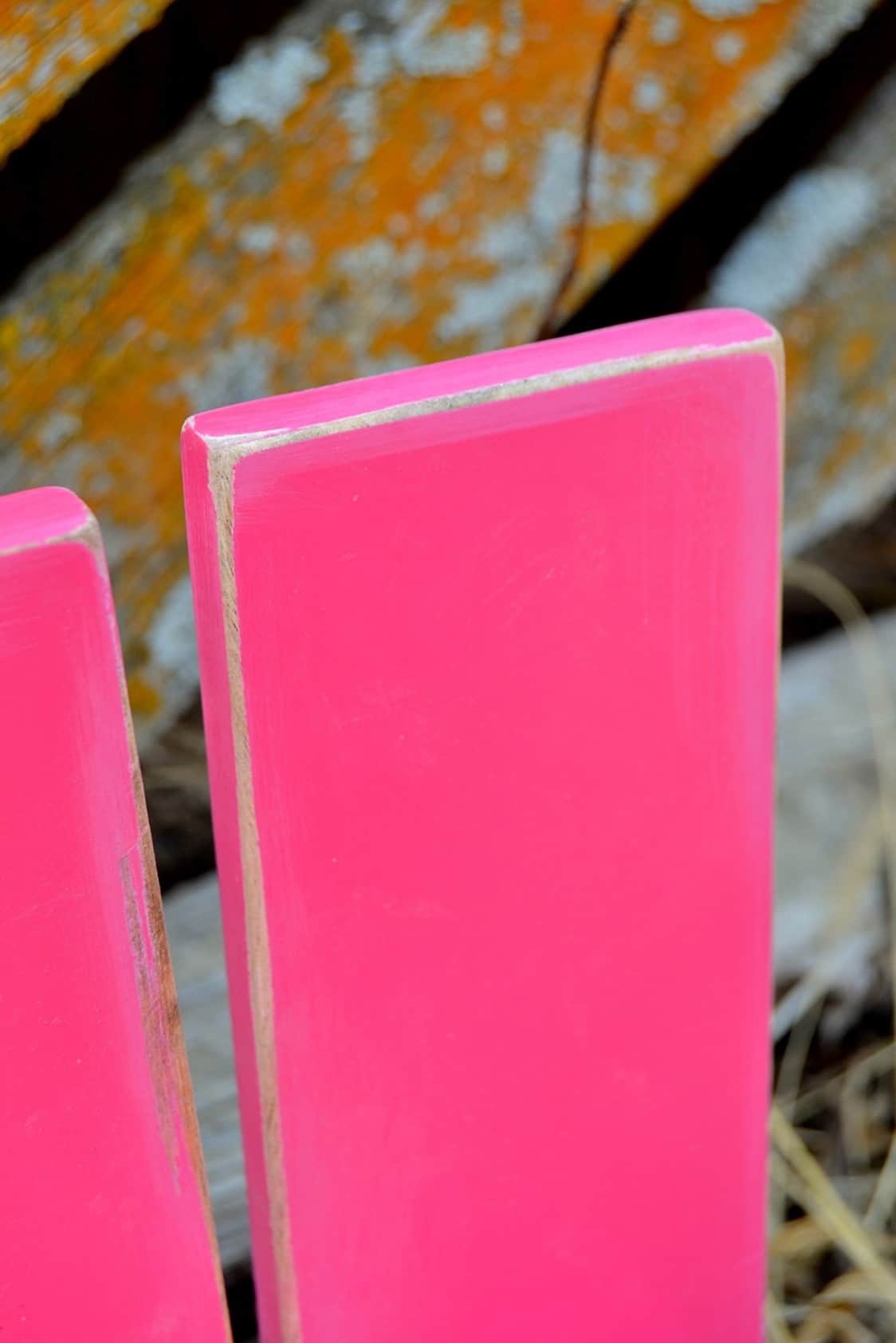 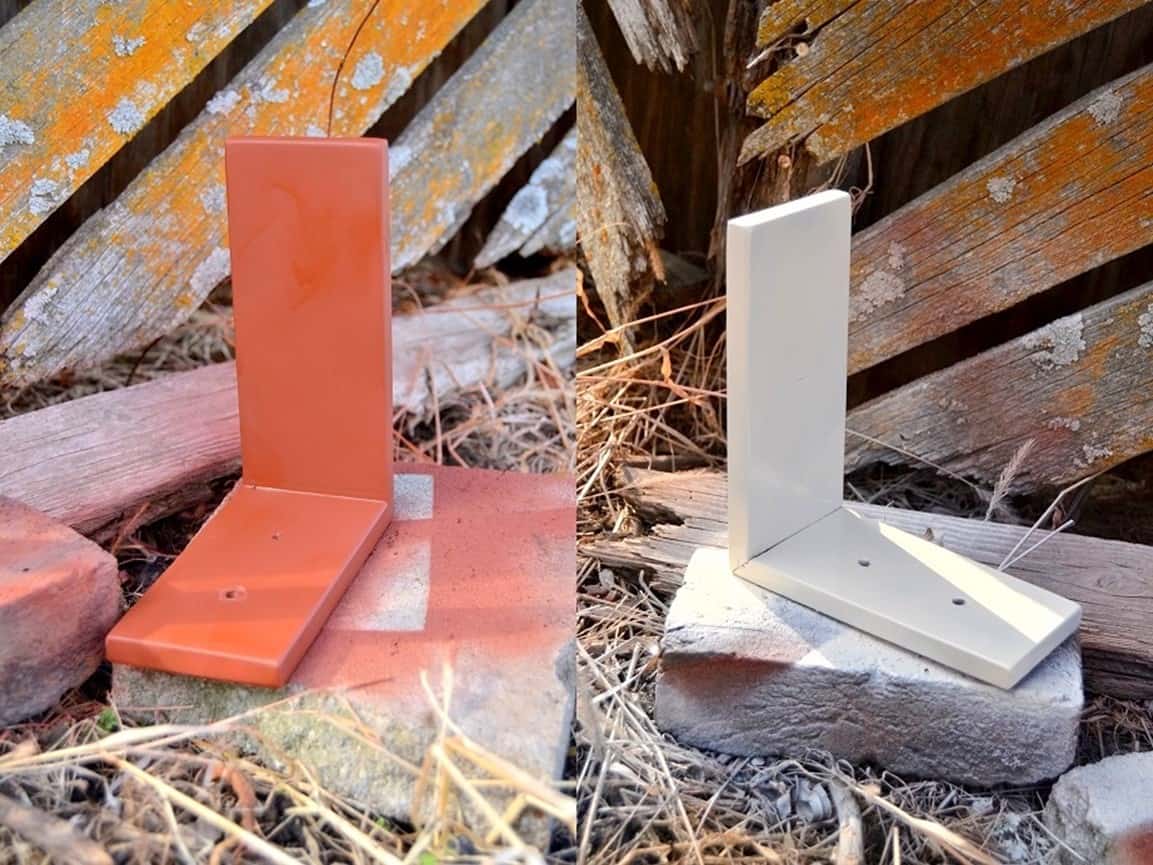 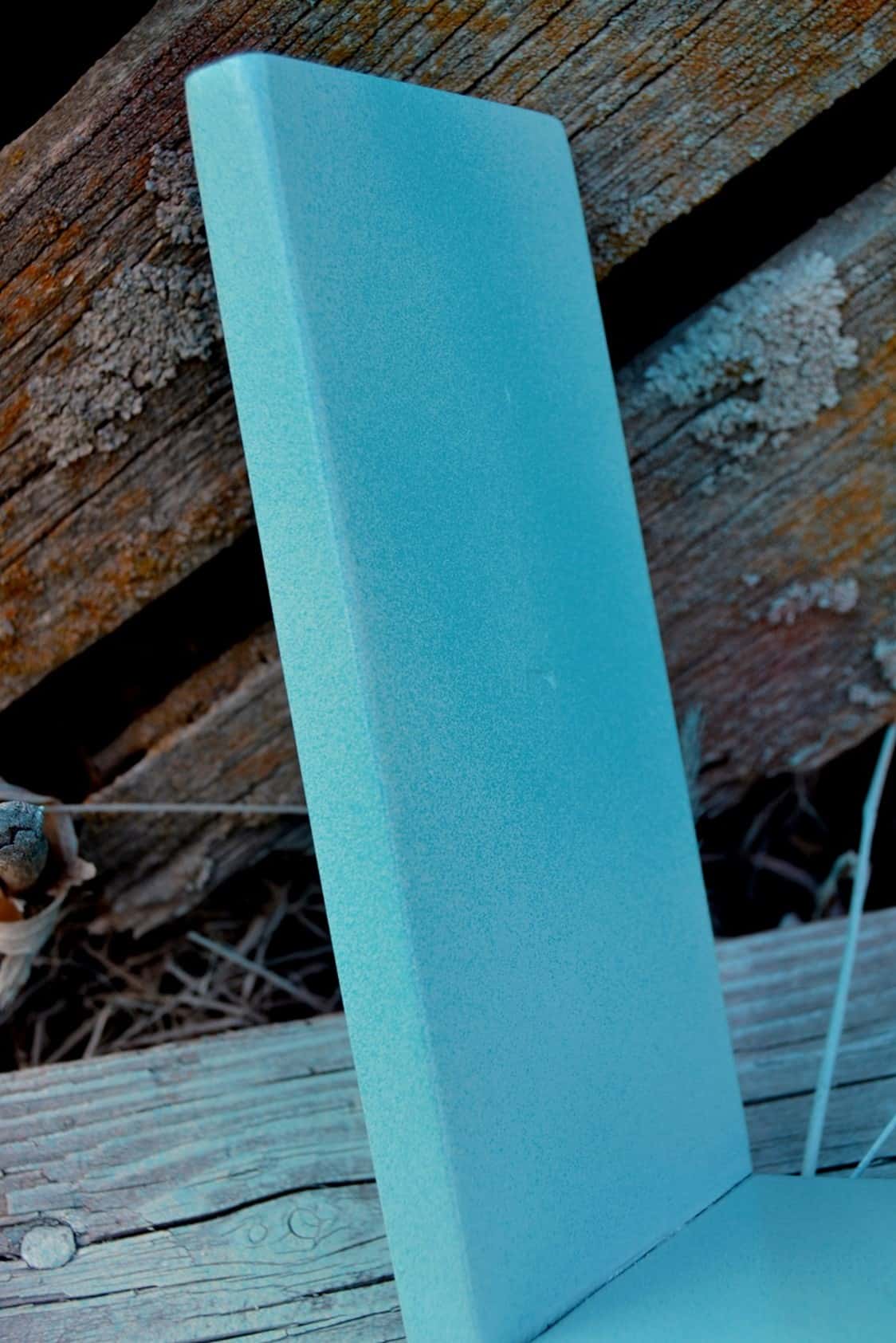 I glued the weight back onto the bottoms of the bookcase ends since I was unable to screw it back on. I let the glue set for 24 hours and then flipped them back over to glue the anchors back. Now I’ve got the perfect sea inspired bookends to hold all of my favorite summer reads! 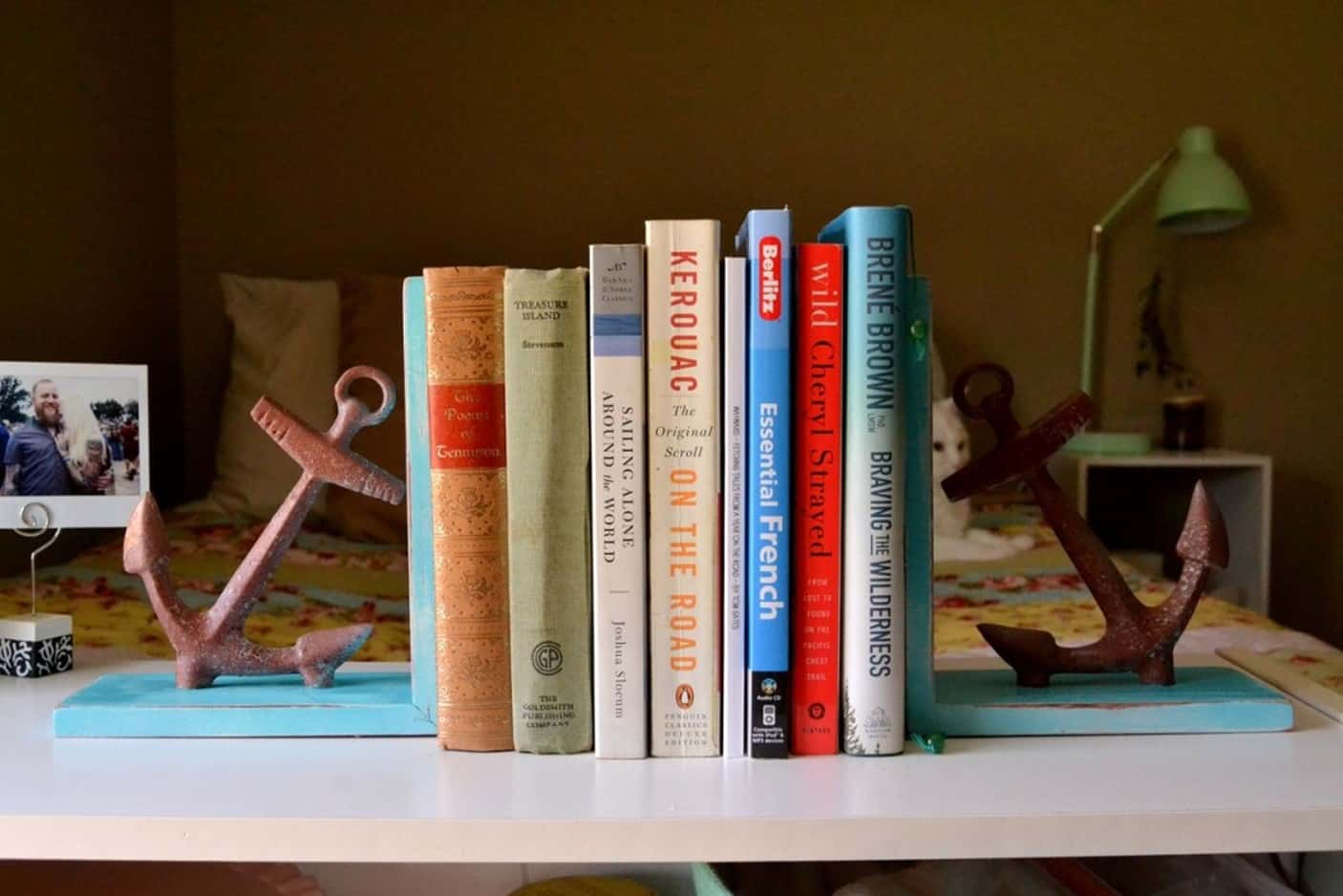 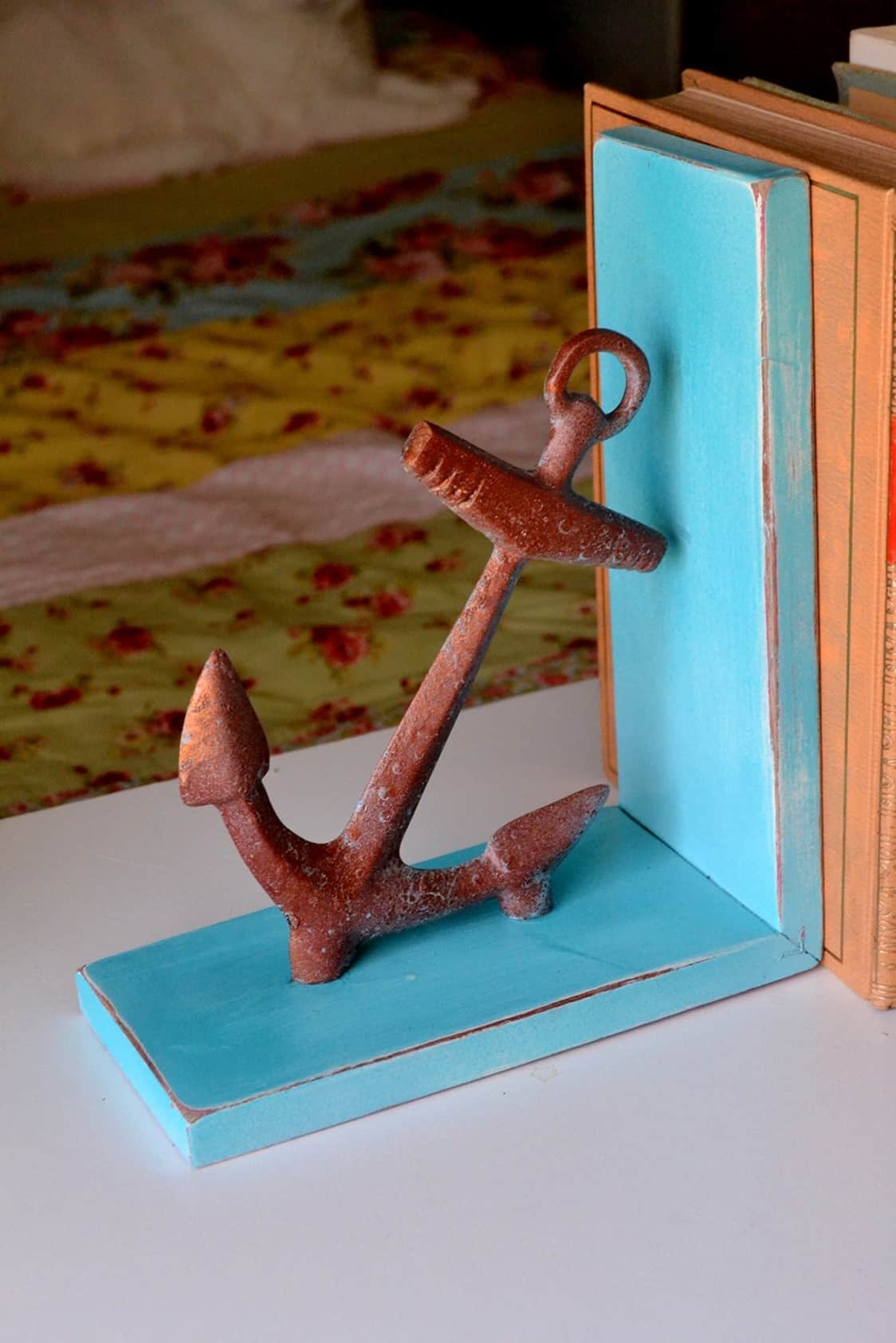 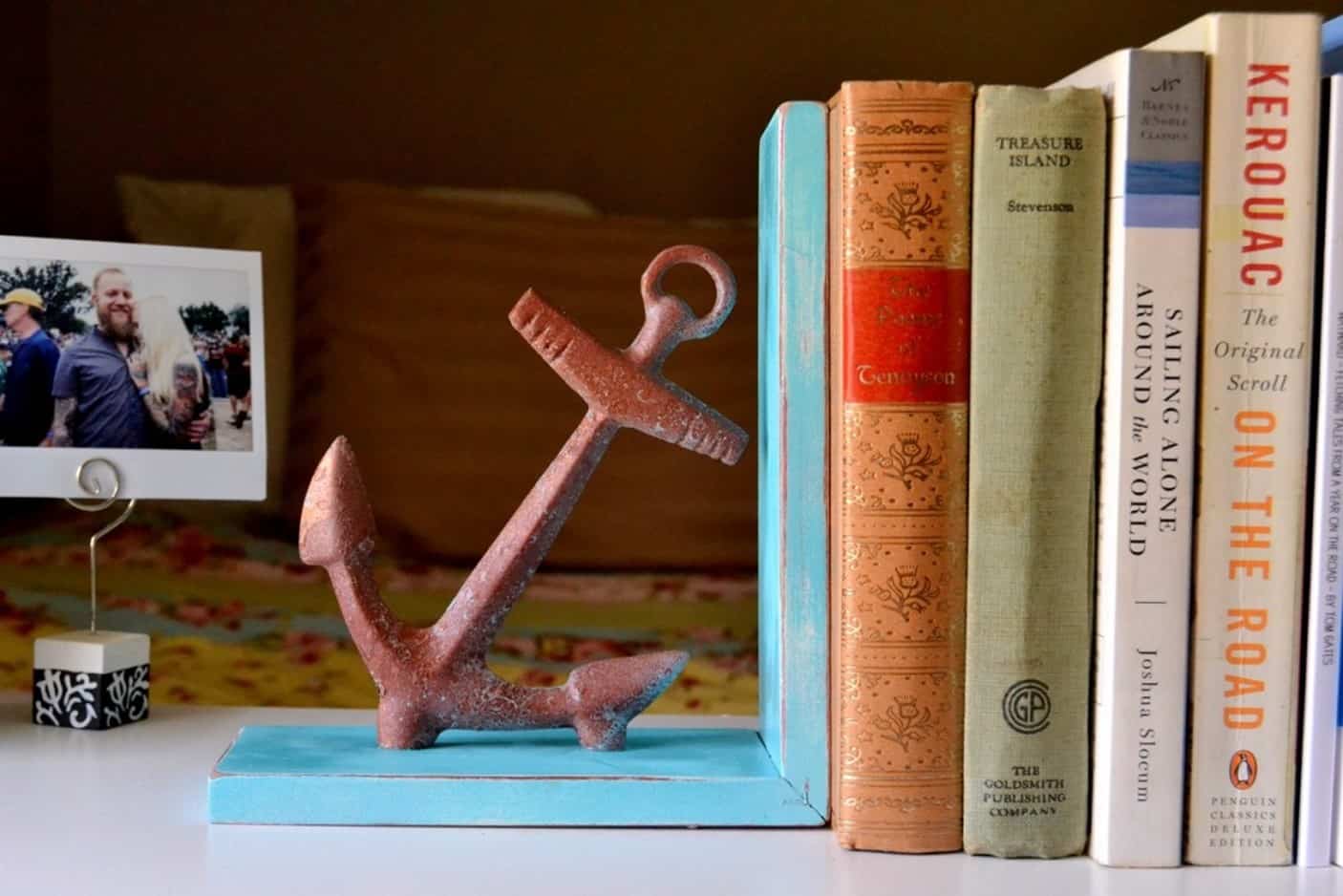 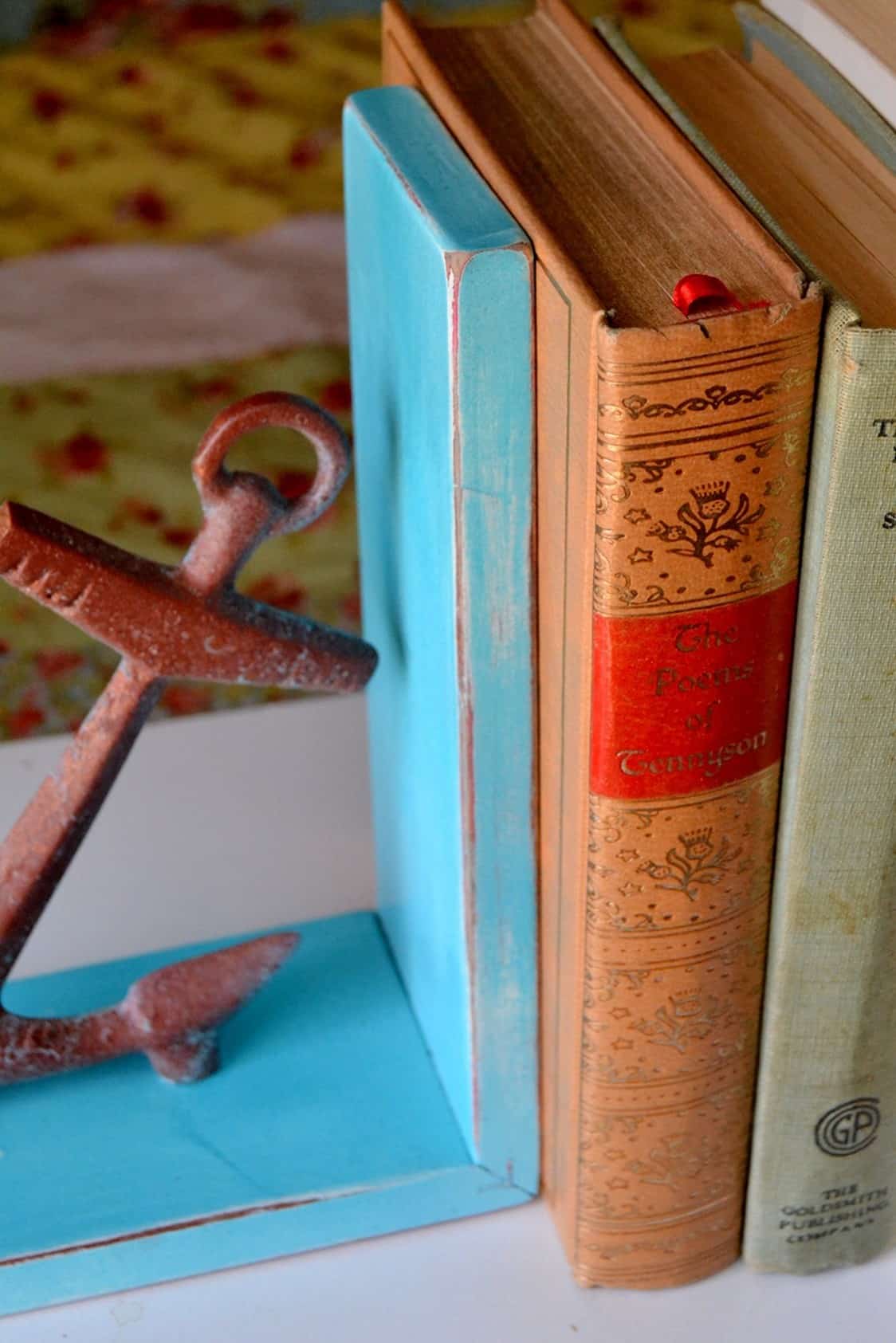 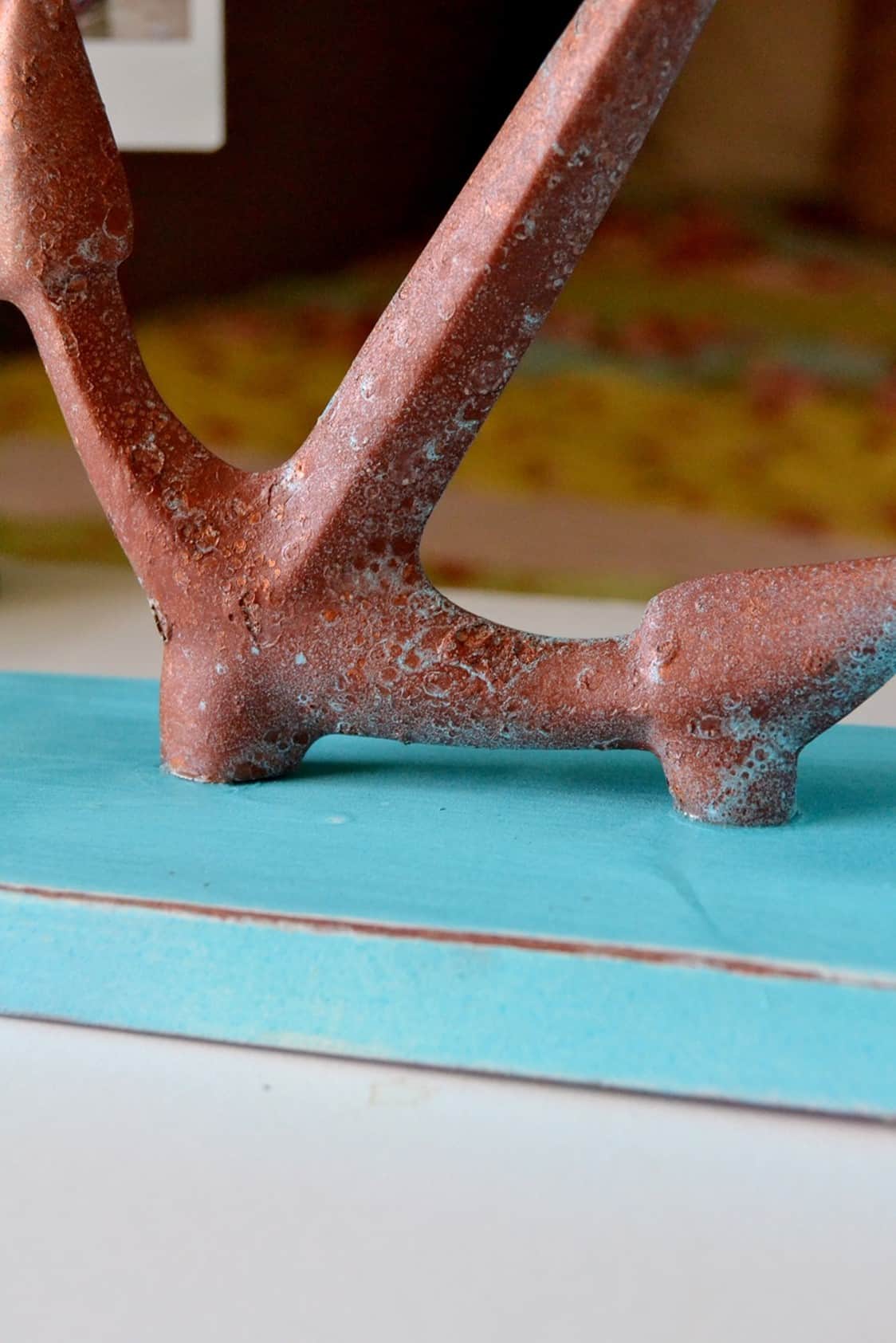